I became aware of CBD in vape juice around three years ago.

My local vape shop was kind enough to allow me a demonstration. The 10ml bottles seemed pretty expensive and I don’t recall its benefits having any effect on me!

That’s obviously not to say CBD is a placebo. It clearly has a positive impact on many individuals.

Today, let’s have a look at both positive and negative aspects but first, where exactly does CBD come from?

C Is For Cannabidiol

CBD is short for cannabidiol which is found in the leaves of the cannabis plant. THC (Tetrahydrocannabinol) is extracted and removed so none of the psychoactive constituents are present by the time CBD is available in vapable form.

You won’t get stoned or feel intoxicated when vaping CBD but all the remaining beneficial compounds make it across. So what are these benefits?

A Is For Absorption

CBD affects people differently. What one individual experiences, another may not.

That’s exactly what I found!

The following beneficial effects include, but not limited to:

CBD can be absorbed into the bloodstream by way of capsules, chewy gums, tinctures (under the tongue), massaged across the body in creams (topical) and even included in bath salts.

If you just so happen to vape, inhalation is another effective way of gaining the benefits.

So what are the benefits of vaping CBD?

B Is For Benefits

It’s fast acting. The body absorbs CBD in 1-3 minutes and the effects can last up to 1-3 hours depending on the dosage level administered. Where symptoms such as anxiety and panic are present, this is particularly important.

I mentioned dosage levels and this is where vaping CBD carries a lot of impact. It’s easier to establish the required amount than say, using gums or capsules. Again, of particular importance when managing chronic health conditions.

Cannabinoid retention is much higher when vaped than when it is smoked. We also know that it is much less toxic since it is being heated and not burned.

Clearly then, we have good reasons to choose vaping as a vehicle for the use of CBD.

So. Are there any potential dangers or risks involved?

C Is For Corruption!

Put simply, there are no dangers involved. Unless..

This is the part in the blog where I get a little political. I hope you understand where I’m coming from with this.

I don’t want to appear arrogant but I first had my suspicions three years back when I was introduced to CBD.

Since we know that THC is extracted, how long would it be before the mind altering effects were included? At some point and in the back of my mind, there was this overriding belief that it would happen.

Before long, the first casualties were being reported. Confined to Hospital with chronic lung injuries and breathing difficulties. Shortly after the first deaths had been reported and the blame landed firmly on vaping as the cause.

The irony is, not even THC itself was the cause for the sudden chronic and fatal lung conditions.

Producers were mixing Vitamin E acetate, a glue like substance, into the E Liquid in order to retain the flavour profiles. This acetate was clearly the culprit.

Even though the New York state Department for Health noted the vast majority of cases had been linked with black market THC cartridges, the damage to the vaping Industry in the US at least, was irreversible.

..and again vaping was the scapegoat.

D Is For Devastating

I have to write that it annoys the crap out of me!

We’ve seen that vaping CBD is an extremely effective delivery method and works the way it is intended to for those requiring it. As stated, I knew it would only be a matter of time before a few selective imbeciles would attempt to re introduce the THC element back into the vaping medium effectively turning the E liquid into a mind altering, high inducing drug!

The consequences have been devastating to the Industry at a time where things have become difficult enough!

Would these deaths and lung injuries have occured if CBD and vape devices were never introduced to each other?

As always, a massive thank you for reading. 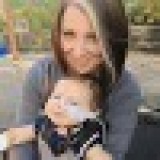